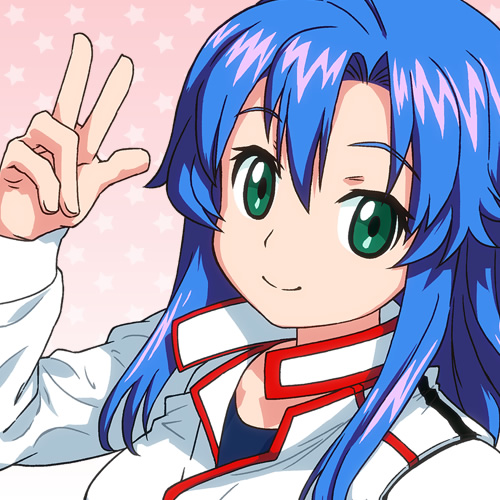 Clarice
Voice: Sakura Tange
Age: 15
The heroine of Jaleco's 1985 classic game, City Connection, or Cruisin, as it was known in English. She travels the world in her beloved ClariceCar looking for the man of her dreams.
Her ClariceCar has a wide firing range and mid-level power, making it great for beginners and her charge shot unleashes a stream of fire from twin gatlings, housed somewhere in her diminuitive craft. 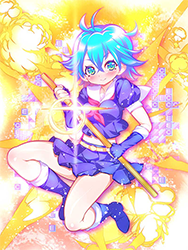 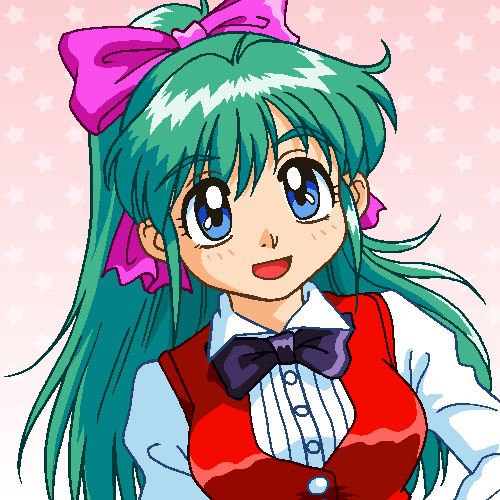 Yuki Ito
Voice: Kumiko Nishihara
Age: 19
Part-time employee at the You&Me Kamiyoga arcade. She loves to talk but also gets overwhelmed and excited easily. She's a huge game nerd and whips out her collection of used arcade boards to fight off the evil genius Yamada and his terrible plot. 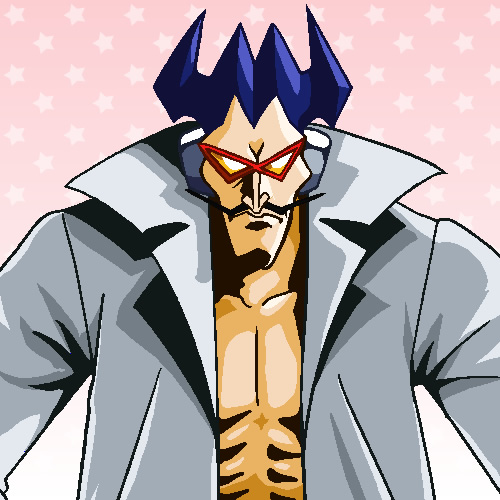 Genius Yamada
Voice: Shigeru Chiba
Age: Unknown
Sets off to take over the game world with his brainwashed Genius Army and mechs in order to create his dream "Game Tengoku." A self-proclaimed evil super genius scientist, but evil super pervert scientist might be a more apt title. 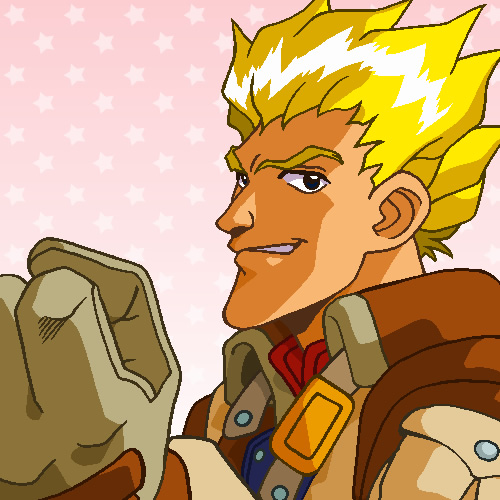 Jeynus
Voice: Tomokazu Seki
Age:27
The pilot of Fighter EX from Exerion. A feisty, hot blooded guy with an easy to read personality. The way he clearly puts more thought into forward fire-power than anything else on his ship tells you all you need to know about him. His craft, the Fighter EX, has a speedy firing rate and impressive power, but lacks spread. 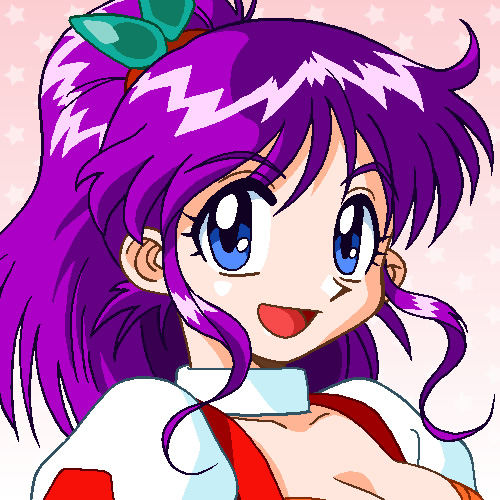 Selia
Voice: Mika Kanai
Age: 19
The pilot of Poopera from PLUS ALPHA. She looks the must upstanding of any of the pilots in the game, but her total lack of self-doubt and supreme self-confidence in all she says or does leaves the team in fear of their 'true leader'. Her Poopera can be upgraded to both a 3-way and a 5-way spread, which makes it super easy to use. 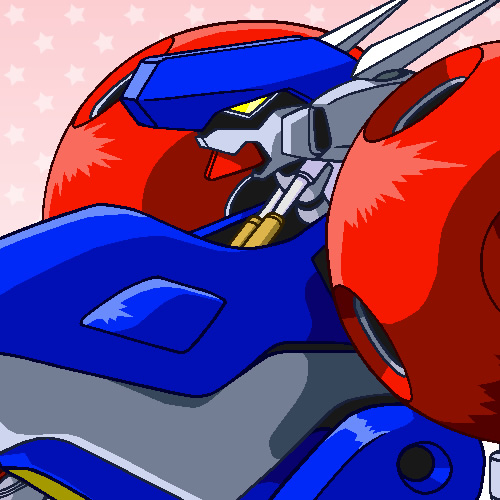 Z-DYNE MkII
Voice: Ryotaro Okiayu
Age: 128
Read as "Zed Dyne Mark Two". The successor to the transforming mech Expel from Formation Z. It is controlled entirely by a high-level AI and holds no pilot. As one might expect from an AI he can at times be far too serious, but being studious (today we might say he features "deep learning") he is able to learn from his surroundings and adapt day by day. He normally uses fast firing, lock-on lasers with homing ability which, while useful, are not terribly strong. 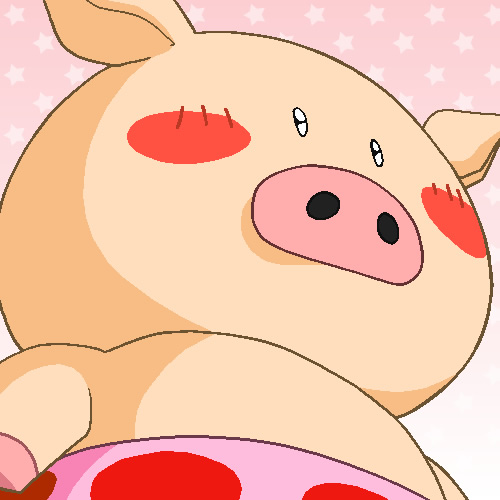 Pig
Voice: Akio Otsuka
Age: Approx. 10
A pig in polka dot underwear and the main character of Butasan. Well aware of the risk of ending up in a butchers shop, he has lived his life in ever-present danger, and as such has decided to take things into his own hands, heading out to battle with bombs in hand (trotter?!). Despite his adorable looks, this brave little pig has been through countless battles, and has even worked as the bomb expert in a spec ops squad. His attacks pack a punch, but he probably has the slowest firing rate around. 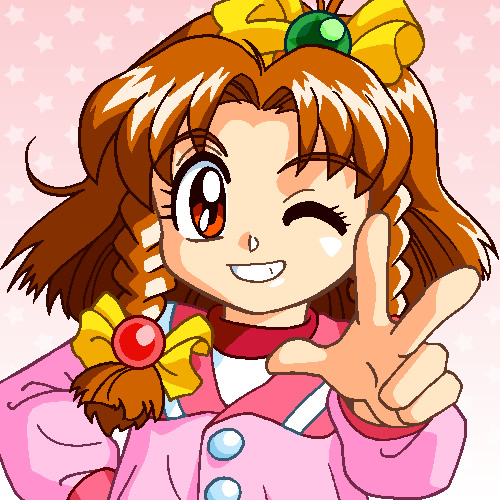 Momoko
Voice: Hekiru Shiina
Age: 11
A psychic fifth grader and the heroine of Momoko 120%. Now this is important, so let's go over this again: she's a fifth grader. Her sense of purpose and responsibility are basically what you might expect from such a kid. However, her so-called Momoko Bomber is in many ways the strongest of its kind. 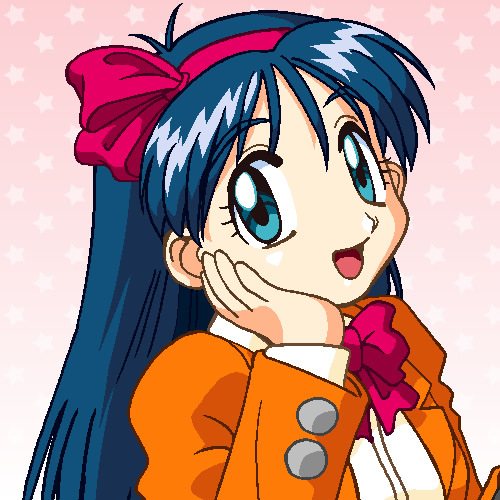 Miki
Voice: Miki Takahashi
Age: 18
The pilot of the very un-cool moving pillbox, "Genesis-3", from Field Combat. She's got an awful personality at odds with her looks and voice. Her craft is pretty weak, but she has faith that her reinforcements will back her up. 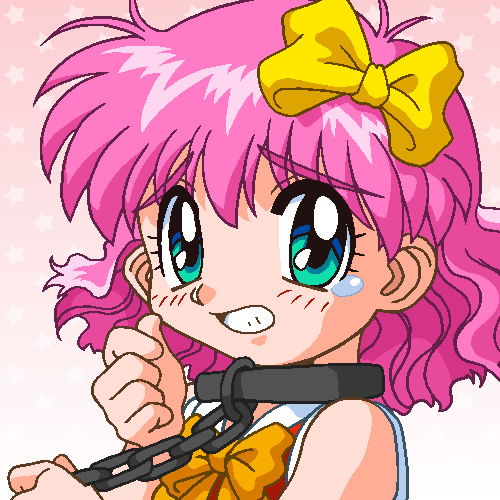 Misato
Voice: Satomi Kōrogi
Age: 12
Miki's lively, ill-fortuned, younger sister. She's always harassed... err... "adored" by her sister. She joins in during the Karaoke Stage and fights from the Genesis-3 with Miki. 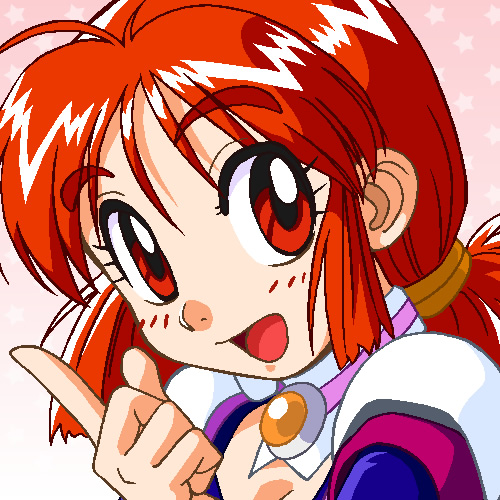 Kato
Voice: Masami Suzuki
Age: 17
A high school student brainwashed by Genius Yamada and forced to work for him. Also known as Helper 1. Though technically his "helper", the closest thing she knows to games are sticker printers, so she really doesn't understand his ideals or what he's trying to accomplish. 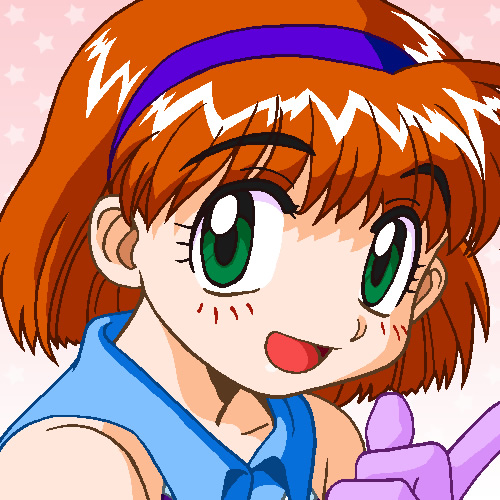